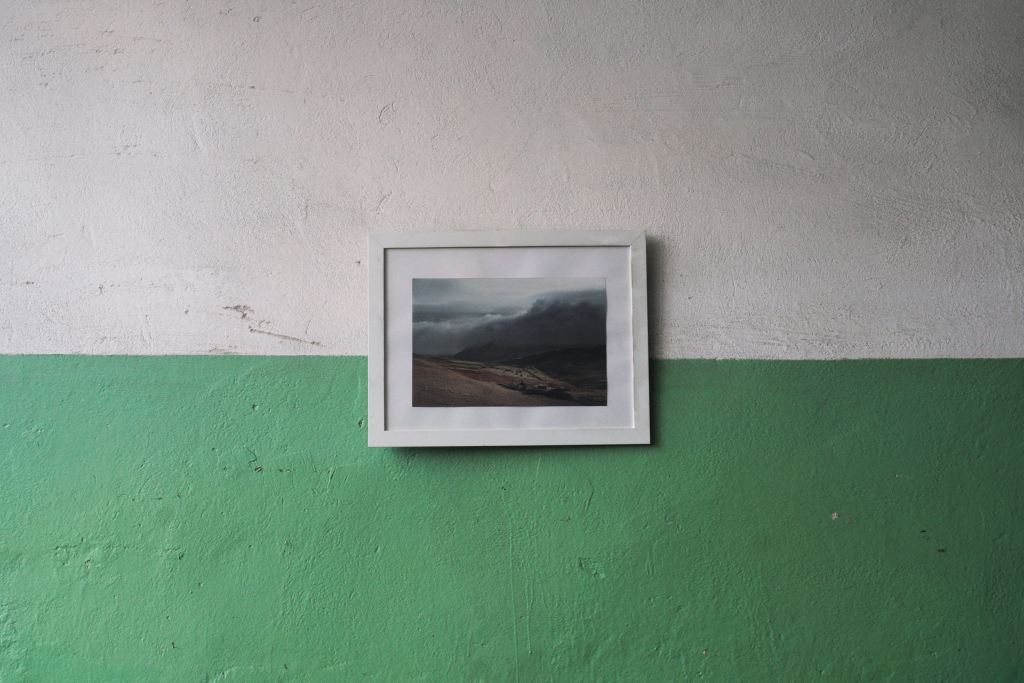 Everyone hates everyone, or so it seems. I used to think it was everyone was afraid of everyone, but that was so a decade ago, or more. We had to go to war everywhere in the world because we were afraid we’d be attacked by everyone in the world. Then, before that, everyone was a market where vast fortunes could be made off of everyone else. I suspect you have to go pretty far back to get to love trending, back even before the founding of this country (let’s be honest, the U.S. has always been a business enterprise), but love never seems to have the staying power, not like fear and hate and sales. Those big three keep cycling back around, each taking their turn in the spotlight then dropping back, decade after decade. But it’s been a hundred years since our last major influenza pandemic. What a novelty.

For a few months, some of us have had a lot of time to think, and read, if one is into reading, while living in our new splendid isolation (playful reference) because of this generation’s pandemic. (There, that’s another emerging point of division that has yet to solidify into a label. It will.) Thus, my nod to Carthusians. If you’re still self-isolating (as I am, because nothing has really changed regarding COVID-19, and the one thing the corona virus is immune to, for sure, is whatever’s trending on Twitter), and if you have time, watch the documentary Into Great Silence (2006), to see what real, live (and endangered) Carthusians look like, and do. Actually, the film is cool, you think you’re seeing something from the Middle Ages, but they edited out the fact that the Grande Chartreuse has modern roads leading up to it, a parking lot with dumpsters (so cars do drive up to the community occasionally, even though no one can just drop in for a visit, like you can with those “do whatever you want” Cistercians), they even have a modern distillery where they make and sell, globally, a spendy line of Chartreuse liqueurs. It’s OK, it pays the bills.

The big difference, however, is that to be a Carthusian hermit is a personal choice grounded in faith. Granted, it must be a difficult choice to make, to give up the whole world, and all of our modern, exciting, messy, worldly ways, to live in a tiny room (inside a cold hermitage), with an ever dwindling number of fellow hermits for company, following the Liturgy of Hours, praying and reading scripture — constantly — even while chopping wood, and not speaking most of the time. You certainly don’t get to write down your wandering thoughts, if they wander. Isolation, imposed (which I still fully support as a way of flattening the curve), even by a pandemic (so you can stay alive), is a completely different thing.

What has our isolation meant for music (the thing we’re passionate about, that we track and write about here at The Palace)? Goat Palace, by the way, turns one year old this month. We’ve been doing this publication for a whole year, mostly in the space of being free to wander wherever and whenever we want to go, writing about records and live shows where we find them. That’s a big area. In truth, we existed before this incarnation under another name — that version lived for a few years before it vanished when our hosting ISP went under. From the beginning, music at The Palace has always been something we’ve shared with other humans. A communal thing, not totally unlike being a Carthusian. Our world isn’t just about collecting records, though The Palace collection is getting rather unwieldy (a joy nonetheless). It’s really been about meeting and speaking with the amazing musicians creating the music we love. Not virtually, but in person whenever and wherever possible.

Still, staying alive is important. The pandemic won’t last forever (we sincerely hope), and it’s probably a good idea to have a plan to be alive when it finally fades out. For musicians, of course, not having income from touring has made their lives very hard, for sure. (You’ve been seeing footers on all Palace posts encouraging online ordering, especially from small record shops like The Business, in Anacortes, WA, or Sisters In Christ, in New Orleans, LA.) And for those of us who thrive off documenting (not monetarily but spiritually) what musicians do, on stage or in the studio, especially when they’re releasing new music, has made them seem farther away than ever before. Not being a musician myself, I can’t say with authority, but I suspect that the act of playing in front of an audience is a reward in itself. In other words, musicians probably like being around other humans, too. Might this be a study in symbiosis? Or am I really talking about a dopamine mechanism?

Either way, as The Palace turns one year old this month, we’re beginning to feel the distance of this marathon, feeling a fading. Live streaming is clever, but somehow it makes performances feel even more lonely. Or voyeuristic. Sterile? Like, if this weren’t a matter of survival, would musicians be showing us their bedrooms, their living rooms, kitchens, or their back gardens? The Palace fully supports everything musicians need to do to stay alive. And no one wants venues to open back up for live shows until everyone’s safety, including the bands and especially the staff working such events, can do so without worrying about getting sick. But that’s a big ask right now.

What a moment in history to start the zine voyage into our next year. At one time we hoped (and secretly still do hope, but it’s fading) to see a printed version of Goat Palace. But with fewer and fewer places to sell such things, and fewer and fewer humans who want to buy such things, I suspect it won’t happen for a while, if ever. Printing zines and having boxes of them stored in our garage (or other people’s garages) is probably less exciting than mind mapping the parallels between self-isolation and becoming a Carthusian monk in 2020. And yet, maybe there are short-term lessons we can find by studying the Carthusian model. Maybe it’s really all about how to get the brain to naturally manufacture large amounts of dopamine safely and drug-free in isolation, regardless of setting or chosen activity. Still, we miss seeing other humans and talking about music with them. We even miss getting a coffee at a drive-thru and wandering someplace for a cheap meal with friends. The little things have now become the big things.

It all just makes us feel on our own to work out how best to get through a global crisis, as we’re essentially being asked to do by our governments, to face down our era’s pandemic. It’s exhausting. I wonder if that’s how it was in 1918? Well, happy birthday to us. We hope to get to see all of you someday in a record shop, or at a live show, or even at a cheap coffee shop. If not in 2020, maybe in 2021. We can always dream in our present solitude (further research note to self: do Carthusians get to dream, either alone or in groups, or not?). The journey continues.